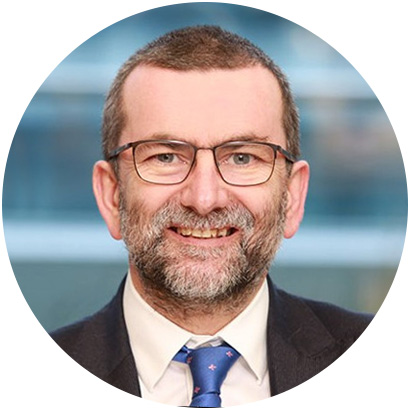 With over 25 years of commercial experience in a variety of industries, including retail, pharmaceuticals, commodities trading and insurance, Gary has acknowledged expertise in Business Intelligence, Data Analytics, and Business Analysis. He is a Chartered IT Professional (CITP) registered with the British Computer Society (BCS). He successfully completed the B9Lab course “Blockchain Business Strategy” in 2016 with a score of >80%. He additionally holds the ISEB Diploma in Business Analysis.

Gary is well recognized in the Blockchain / Distributed Ledger Technology arena, with particular expertise in the commercial insurance and legal sectors. He has presented at several conferences and events since 2015. He also writes articles for magazines and thought leadership blogs on a number of emerging technologies, with a particular emphasis on the blockchain.

In 2016 he was commissioned by the London Market Group (LMG) to investigate Blockchain/DLT and its potential use in the London Commercial Insurance Market. Early in 2017, Gary undertook an investigation with Origo, a provider of technology services and standards in the Life & Pensions sector to identify opportunities for Distributed Ledger Technology adoption.

Gary is former Chair of the British Computer Society (BCS) Business Information Systems Specialist Group of which he remains as an active committee member. He is chair of the TechUK Insurance & Pensions Working Group, a member of the TechUk Distributed Ledger Working Group, a partner in Lime Street Digital and a founding partner of Team Blockchain

If you are thinking about the impact of blockchain in the insurance industry, Gary is one of the guys you should be talking to. An experienced and capable public speaker, with good insight.

Author of 'Analytics for Insurance: The Real Business of Big Data' and 'Advanced Analytics and AI'

I've seen Gary speaker at Conferences and engaged with him on the really interesting cutting edge issues through networking. He makes difficult concepts easy to understand and is in tune with new developments.

Head of Marketing Analytics and Insight at Unum UK

Learn all about the blockchain: what it is, how it works, and how you should apply it to different business use-cases.

Fuelling The Next Digital Revolution